The Islamic traditions tell us that our country, India[Al-Hind] is also a fountainhead of many great virtues.

Hadrat Hawwa (Eve) [AS] descended somewhere in Jeddah, Saudi Arabia[Jiddah means “grandmother” in Arabic]. Both, first ever inhabitants of earth, remained separated for quite some time. Wandering through the island and crossing through India, Hadrat Adam[AS] reached Jeddah. Eventually, their long drawn separation came to an end.Hadrat Adam and Hawwa (Eve) [AS] met each other at a place called Muzdalifa (meaning “meeting point” in Arabic). At this place, it is obligatory on Hajj pilgrims to stay put and spend one night to revive the memory.

India’s prominence can be summarised as under in the light of reported traditions:

1> India is the place where Allah’s first Caliph (Vicegerent of Allah) descended.

2> The choice of India among all other countries for sending the first Caliph on earth i.e. Hadrat Adam(AS) points to the special status of this land.

3> It is India , where the Angel Gabriel (AS) descended for the first time and thus it is this land that has the honour of receiving the first revelation of Almighty Allah on earth.

The recitation was the same as in Adhan (call for prayer) today. When Hadrat Adam (AS) heard the name ‘Muhammad’, he inquired: O’ Allah! Whose name is this?
Promptly came the reply: ‘He is the one from among your progeny, who would be the last Prophet of humanity.’ ►(Tabrani, Abu Naeem, Ibn-e-A’sakir).

5> From this tradition, it becomes clear that the descent of Hadrat Gabriel(AS) on earth, the declaration of Unity of Almighty Allah and His Greatness and the proclamation of prophethood of Prophet Muhammad(peace be upon him) for the first time was made on the Indian soil, which fortunately today is our motherland. 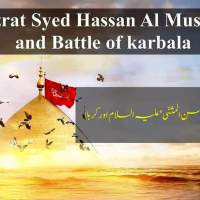 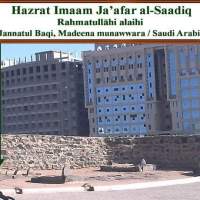 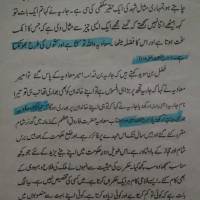