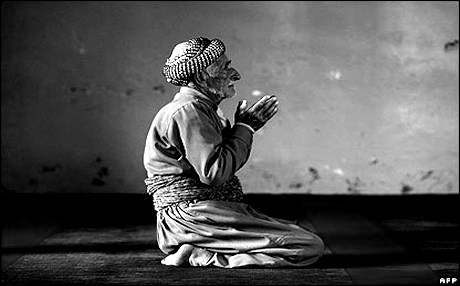 Sometimes when things do not happen the way we want , we get upset . We get irritated . Even though our lips do dhikr  and even though We believe in Qadr , we sometimes get carried away by our nafs. We complain of our provision , we compete with Others.

Once an Old man was sitting in his usual place. He was busy chanting the beautiful names of the Almighty. He was  pre-occupied with the loaf of bread which was going to be his sustenance for the day.

“Always the same….. One loaf of bread “- He thought

Not long thereafter, Prophet Moosa passed by. Then the old thought to himself: “Here is my chance to send a message to the Almighty”.  He greeted the Prophet of the Almighty, Moosa (a.s) and said somewhat falteringly: “Oh! Holy man, when you speak to your Creator, can you please ask Him to increase my Rizq (sustenance)…. For so long now, all I have is a single loaf of bread per day. I long for more.  Can I not have more than this….?    If you ask Him, the Almighty, O! Moosa, surely He will answer your request and grant me more…..”. Without hesitation the reply he got from Prophet Moosa was in the affirmative. The latter promised to present the old man’s request to the Creator of the heavens and the earth.

When eventually Prophet Musa met his Lord, he requested that the man’s sustenance should be increased. But he was told that the old man’s destiny in life was to receive one loaf of bread per day. When Prophet Musa met the old man again, he delivered the message he received from the Almighty. The old man was overjoyed.  Surprised by this reaction Prophet Musa asked him the reason for his joy. The man replied, “If it is written, then so it shall be!!!! I have nothing to worry about.   At least I will always receive one loaf of bread for the rest of my life……” and with that he went back to his prayers.

Now as months passed, the man’s tranquility increased with the knowledge that he need not worry about his sustenance anymore. He was contented that a loaf bread would always be his no matter the situation he found himself. This enabled him to focus more on his remembrance of his Creator; he began to show less concern for the acquisition of the pleasures of this world. Soon, a loaf of bread became too much for him; his appetitive desires witnessed a down turn. What remained of the loaf of bread every day, was put in a corner. Soon, the pile in the corner began to increase, until it became a huge heap.

One morning a herdsman was passing through the village and stopped to speak to the old man.   He was looking for hay for his livestock – but there was none to be found.   The old man said to him : “why don’t you take the stale bread that is lying in that heap, soften it with water and give it to your animals…..”   The herdsman did this and his herd happily ate every last crumb. The herdsman, to show his gratitude, gave the old man a nanny goat, and went on his way.

Days passed into months, months passed into years. One day Prophet Musa (a.s) passed by the abode of the old man again. To his surprise, he discovered that the spot where the old man used to sit had been transformed into a garden. There were fruit trees growing nearby, and animals grazing not very far away.  There was a field with grain, and a general atmosphere of abundance and wellbeing. Prophet Musa found out that all this belonged to the same old man. Having had the knowledge of what had been destined for the old man- – a single loaf of bread per day -he wanted to know what had led to the wonderful transformation in the life of the old man.

Days passed into months and a few years had gone by when Sayedna Moosaa (alayhi salaam), happened to be passing this way again. To his astonishment he found the that the spot where the old man used to sit had been transformed into a garden.

There were fruit trees growing nearby, and animals grazing not very far away. There was a field with grain, and a general atmosphere of abundance and well being. Sayedna Moosaa (alayhi salaam), found out that all this belonged to the old man.Puzzled, because he knew what was written in the old man’s destiny – a single loaf of bread per day – Sayedna Moosaa (alayhi salaam), went on his way determined to find out what this was all about.

The answer when it came is something we should all take heed of….. “One loaf of bread was the (RIZQ) . sustenance that had been written for the old man. The fruit trees, the live stock and field of crops were the blessings (BARAKAH) which came from has acceptance of what had been written, as his lot in life.”

It was his reward for his complete trust in Almighty Allaah. The Barakah (Abundance) was the result of his shift in focus from what he wanted, to enjoying what he had, to such a degree, that even after eating as much as he wanted, he still had some left. His needs had become so small. The abundance this created in the old man’s life was compounded by his generosity and willingness to share what he had.

So Rizq is written. But, Barakah comes when we Trust in Almighty Allaah, when we are generous with what we have , when are grateful and when we put the Remembrance of Almighty Allaah above and beyond everything else. 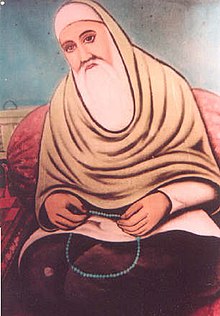